“I like this place and could willingly waste my time in it.” ― William Shakespeare

When my friends and I learned that we are stranded for an indefinite number of days in Calayan Island (a remote, typhoon-battered island between Batanes and mainland Luzon), the thought of exploring some of the island’s not so frequented places came about. With the suggestion of our hosts, we decided to go and see the coastline of Brgy. Magsidel, known for a ruggedly beautiful seascape called Punta. 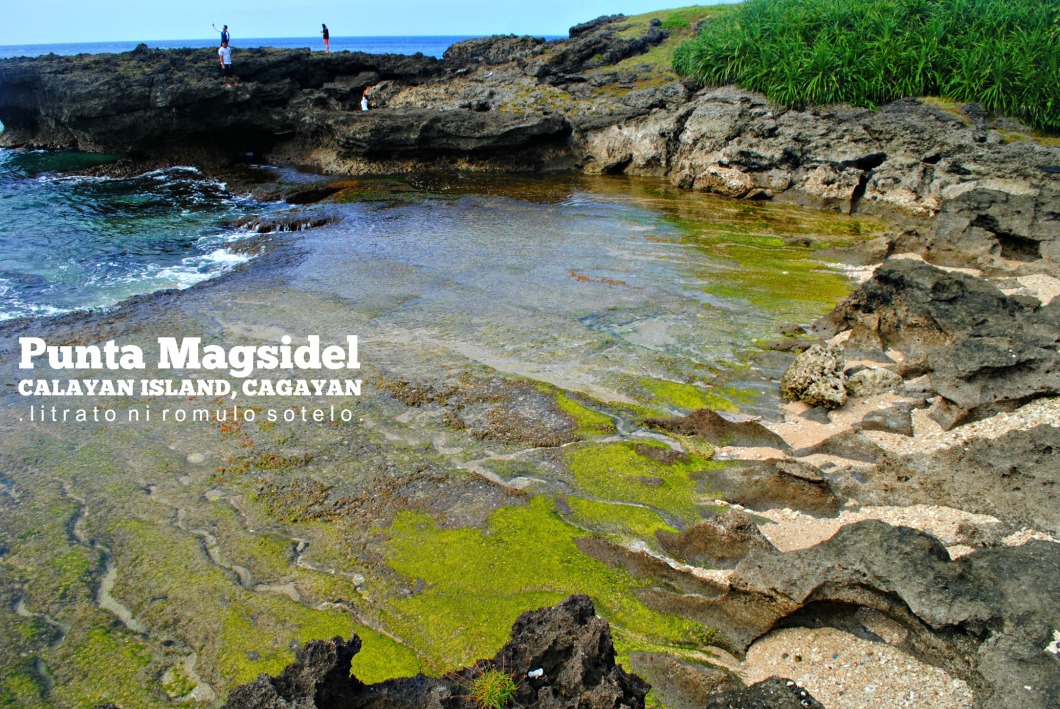 We took a tryke ride to Punta Magsidel. We were greeted by a small, old church (that’s hardly noticeable to be one) since it does not have a cross on top. Instead, you only get to see the cross when you walk your way to the back part of the church. The church humbly stands on a cliff, and behind it is a coastline strewn with various rock formations. Some of these are coralline in nature, and a number of them are obviously basalt type – evidence that at one point, the island may have been a result of volcanic eruptions as igneous rock abound the area. 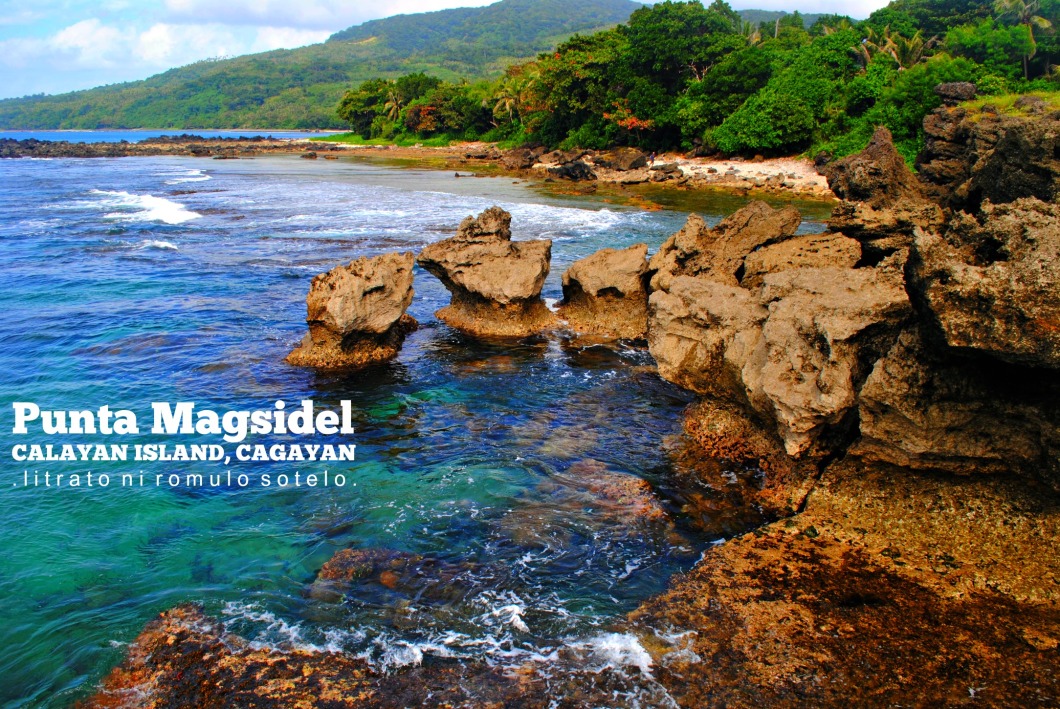 My friends decided to take a swim in the shallow, pool like part of the area while I opted to walk along and take as many photos as I could. Despite the gloomy weather that day, the craggy beauty of the place is still indubitable. The sea, and the sky, extended from distance to horizon seem endless in this Philippine gem. 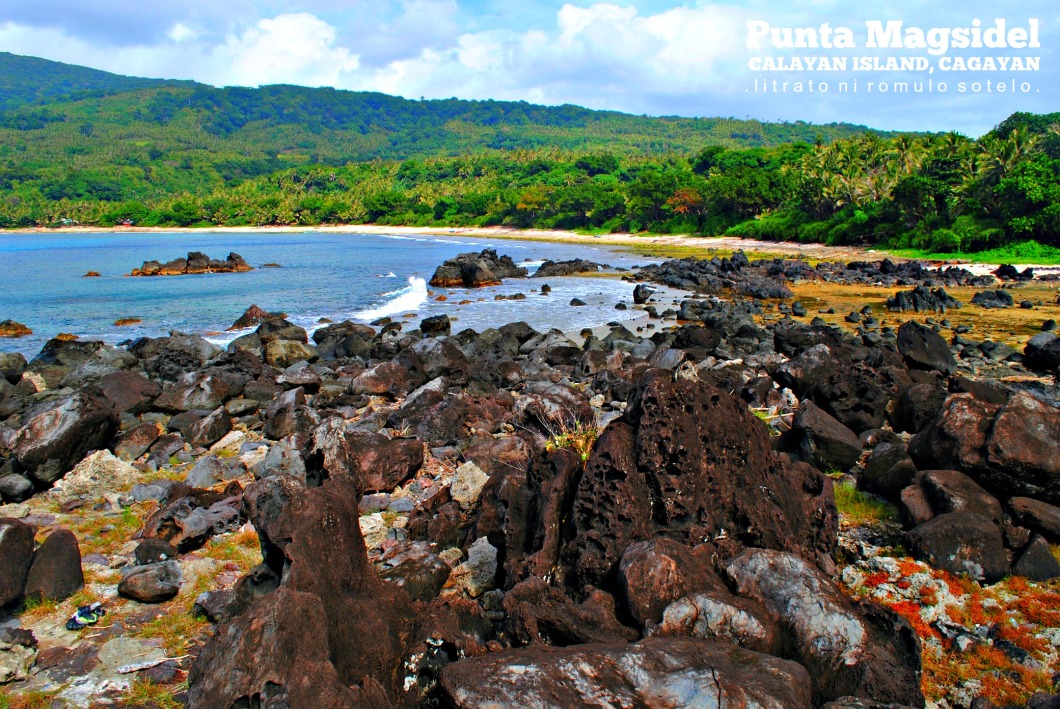 After spending more than an hour at this side of Calayan, we went to satiate our thirst by drinking some fresh coconut juice courtesy of some locals near the place.

Don’t be a wasted soul, be ‘juan”derlust. Take it easy ebri’juan.