When I have learned that I will be sent to Bangladesh, I was excited and at the same time frightened. Well you see, a few months ago, a terrorist attack hit Dhaka where several foreigners were killed. But instead of dwelling under that fearful feeling, I motivated myself to look into the brighter side of this experience. This write-up features various notable involvements I have encountered in the City of Rickshaw – Dhaka, Bangladesh! So read along…

Prior to my departure, I went on to research things about Bangladesh. The majority of the materials I have read says there isn’t much to see. But the wanderlust in me was more than satisfied to experience whatever this side of the world has to offer. Some of the places noteworthy of a visit are the following: 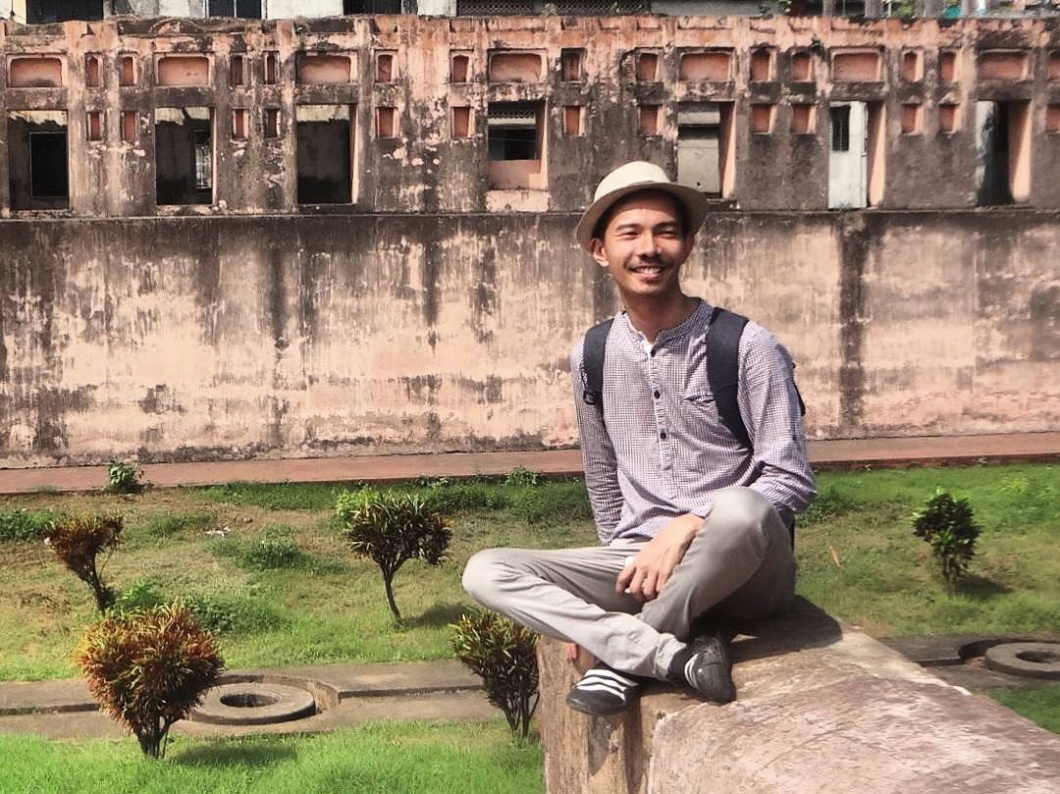 Lalbagh Fort also called Fort Aurangabad – is perhaps one of the most popular tourist spots in the city. To me, it is like Dhaka’s version of Manila’s Intramuros. The fort is pretty massive, housing the Tomb of Bibi Pari, which is the most prominent structure since it is in the middle of the complex. The other two buildings are a mosque, and the Diwan-i-Aam – wherein there is a museum. A water channel with fountains at regular intervals links the three buildings from east to west and north to south. The fort has two gateways and a segment of the fairly damaged protection wall. There is also a part where a huge bastion is found.

Dhakeshwari National Temple (Ðhakeshshori Jatio Mondir) is a Hindu temple and is regarded as the country’s “National Temple”. The name “Dhakeshwari” actually means “Goddess of Dhaka”. It is now regarded as an important part of Dhaka’s cultural heritage. Within the complex are the beautiful Shib Temples, which are my personal favorites. 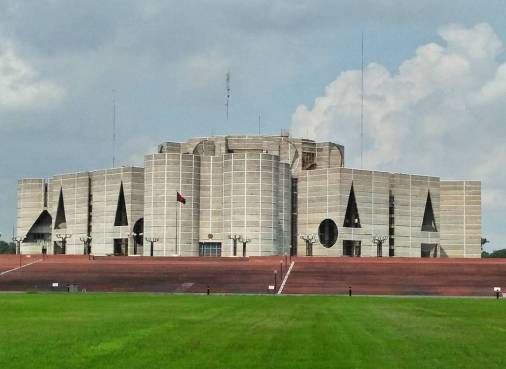 The Jatiyo Sangsad Bhaban or National Parliament House is the house of the Parliament of Bangladesh. The complex designed by Louis Khan is very imposing and is such a beautiful structure. (It is no surprise to learn that it is one of the twentieth century’s most significant buildings). The main building is called “The Bhaban”, to which its exterior is arresting in its minimalism, with enormous walls dipped by entranceways and large openings of even symmetrical shapes. It is divided into three parts – the Main Plaza, South Plaza, and Presidential Plaza. An artificial lake surrounding the complex make it even more stunning. The Members of Parliament hostel complex is also an equally sight to feast on. (North of the complex, across the Lake Road, are Crescent Lake and Chandrima Uddan . The two complexes together form a major attraction for tourists in Dhaka which I Have yet to visit). 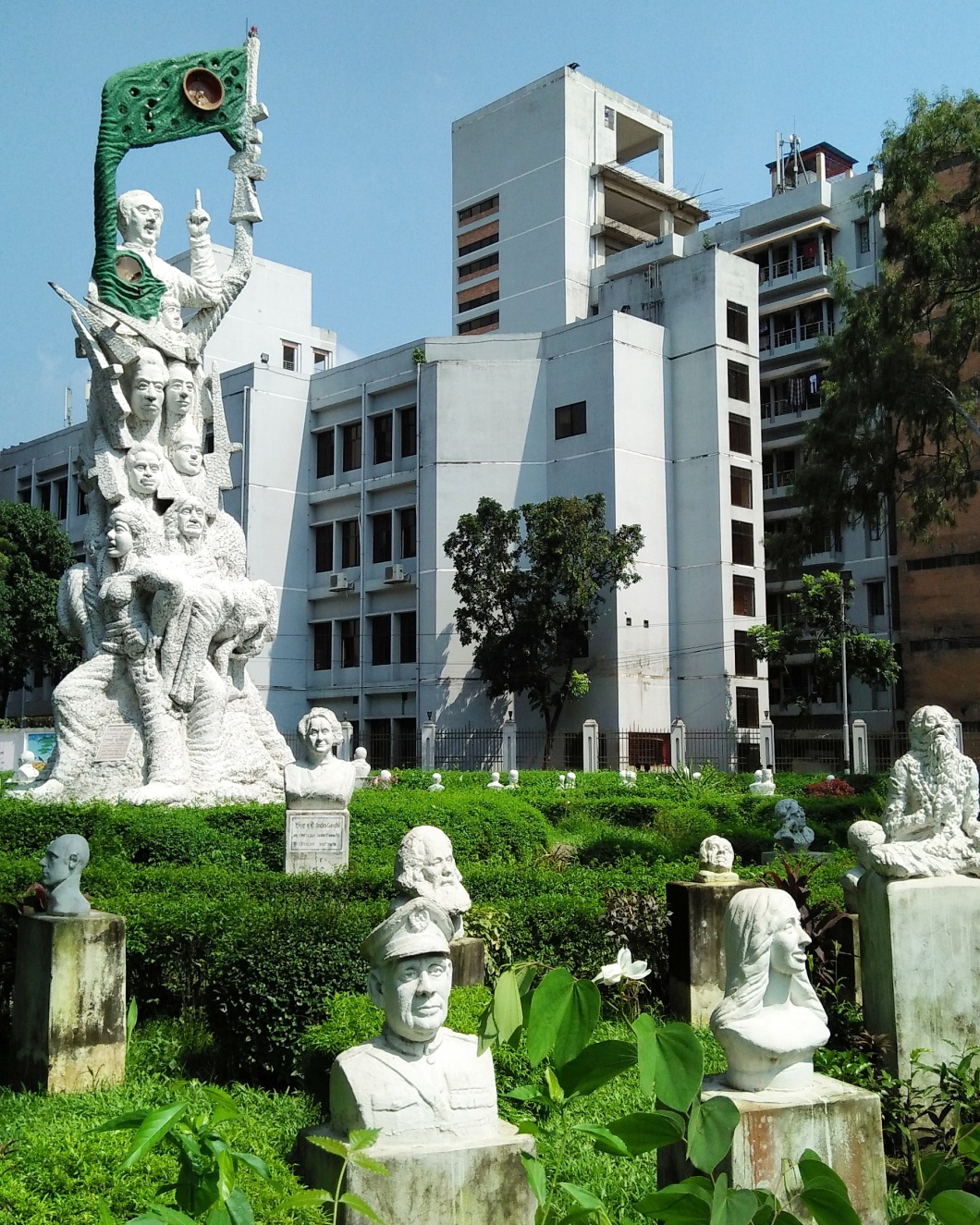 The ‘Swadhinata Sangram’ Sculpture Garden by sculptor Shamim Sikder created this impressive sculpture found at the turn of the Fuller Road, between Jagannath Hall and Salimullah Muslim Hall. I lost count when I attempted to determine the number of the sculpted art found within the garden. It was really a sight to behold. The main attraction is a tall sculpture wherein the flag of Bangladesh is held up high while faces of several historical persons comprise the body of the statue. 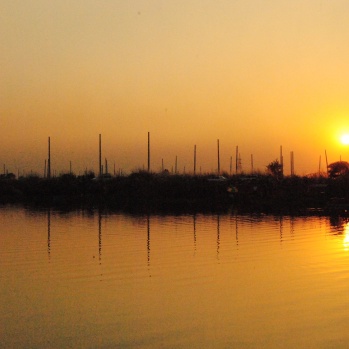 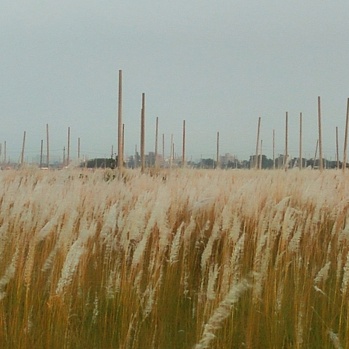 Dia Bari is a favorite place from among locals. At first, I wasn’t ecstatic as we approach the area since it looks plain to me. But as we got nearer, I got a better understanding as to why a lot of people come here especially in the afternoon. The place becomes magical as the sundown and the seemingly endless fields of kasfhul plants (catkins) are such a beauty. A lake (that looks like a river again to me) adds serenity to the place. Indeed, Dia Bari is a nice place to relax, ride a bike or car, or just walk around and maybe ride a boat. 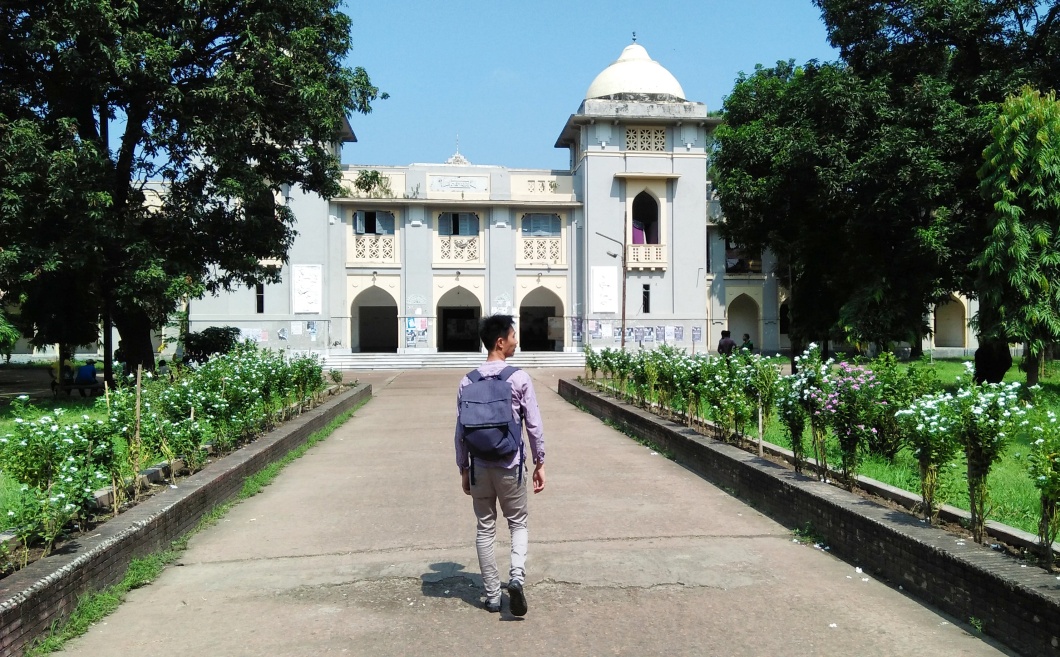 Salimullah Muslim Hall is a residential hall at Dhaka University, named after Nawab Sir Khwaja Salimullah Bahadur. This is a hall that holds a special status due to its heritage. 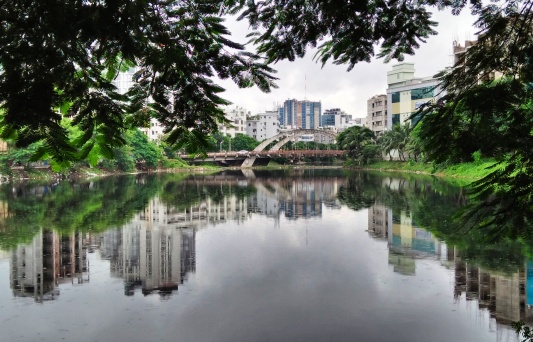 The Banani – Gulshan Bridge and Lake. At first, I actually thought it was a river until my Bangladeshi friend, Dev, told me it is a lake. It looks unusual as a lake since it is meandering. Nonetheless, an early morning walk or a late afternoon visit to this area is relaxing to the senses. I love how the skyline at this side of Dhaka is captured during the daytime as it reflects unto the Banani Lake. In the afternoon, the horizon turns into tangerine making the place a bit magical as some locals make their way home through makeshift boats. 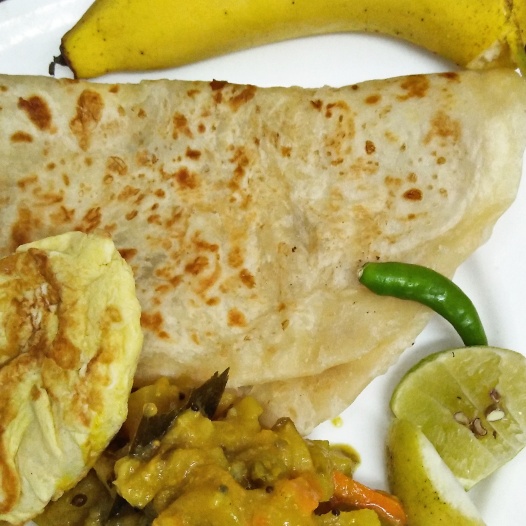 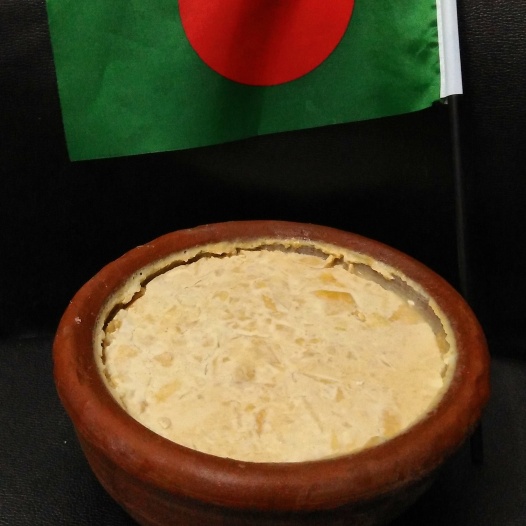 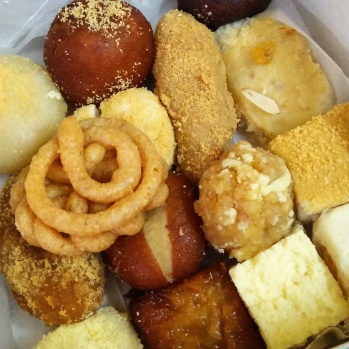 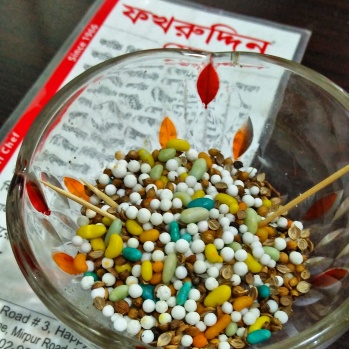 So, those are some of the places I have visited so far. Aside from these, I have other wonderful experiences to share. Bangladeshi food is very much like Indian food – lots of spices and they are really hot! (I had to really slow down on this because my stomach isn’t really used to it). But some of the food I have come to like include their roti paratha (popular unleavened flatbreads) that goes well with some curried potatoes, beef tehari (a kind of biryani with aromatic rice,beef, green chilies, and the unique flavor of mustard oil), desserts like the yummy pan masala (a mixture of seeds, nuts, spices and herbs), yoghurt which I sooooooooooo love I could eat it all-day, local pastries that are making my sweet tooth really happy, and some fruits I have never encountered before like wood apple or koth bel.

Another thing that caught my attention are the modes of transportation. Just when I though Manila’s roads are chaotic, Dhaka’s even more frenzied. I must say, drivers here are really skilled (and brave) maneuvering their vehicles. One stand-out is definitely the rickshaw. The rickshaw experience was breezy, and I was lucky to have tried it. It’s definitely one of the must things to try when in Dhaka! 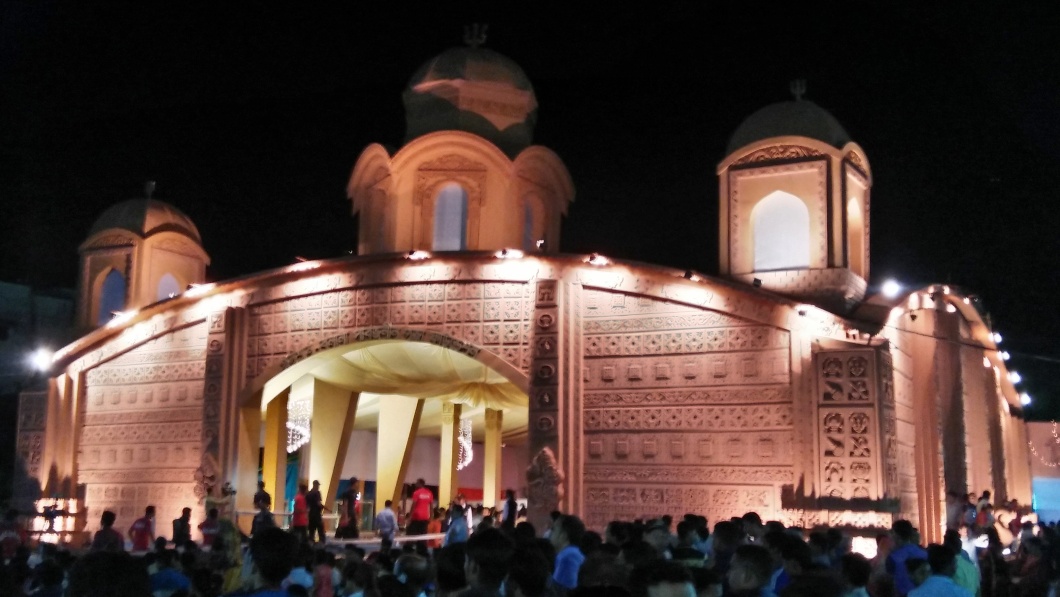 My friends Dev and Mahfuz also brought me to a Hindu festival called Saraswati Avahan, the first day of Saraswati Puja during Navratri Puja. Avahan means invocation of Goddess Saraswati. It was a good experience blending in with the locals and enjoying a festival like this. 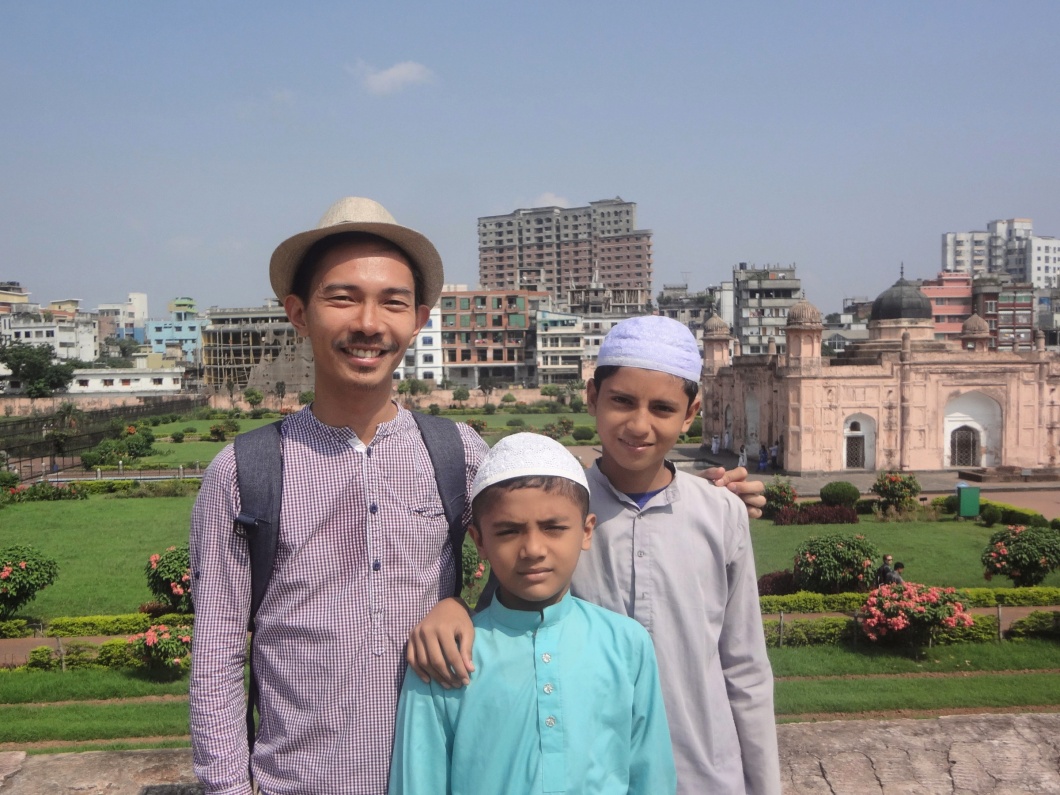 I am still in Dhaka and I can sense that I still have a lot of things to see and experience. For now, my entry ends here. I would definitely write more when I get back in the Philippines.

Don’t be a wasted soul, be “juan”derlust. Take it easy ebri”juan”.