The 4 Lakes of Kabayan (Benguet, Philippines)

Kabayan is a fourth class municipality in the province of benguet, Northern Philippines. It is said to be the home of  the Kabayan mummies, mystical 4 lakes and Luzon’s highest peak – Mount Pulag.  Long before it was known or named, this quaint town was a thickly forested and mountainous settlement. The whole place was completely covered with pine trees, virgin oaks, and much higher, by the grassy height of Mount Pulag.

Kabayan is located along the Agno River, most easternly of Benguet Province and within the towering presence of Mount Pulag. It is approximately 335 kilometers north of Manila. From Baguio City, Kabayan is 85 kilometers northeast travelling through the Baguio-Ambuclao-Bokod-Kabayan Road. Taking the Halsema Highway, then following the Abatan-Buguias-Kabayan Road, the town can be reached after covering a distance of 118 kilometers.

I had the opportunity to visit this town wayback 2012 when an invitation came about. The highlight of the trip is a trek to the 4 lakes of Kabayan. Having a leaning interest in lakes, I easily gave in and the next thing I knew, i was already making my way to the serrated beauty of eastern Benguet.

Upon arriving at Brgy. Tawangan (a trail that is also used to trek Mount Pulag), we were already greeted by the 1st of the 4 lakes – Lake Tabeo. It was really cold when we arrived, and the lake was being hidden by the fog. But you can sense the beauty of the place. It drizzled for a moment, and then a few more minutes and Tabeo’s beauty was revealed. It was indescribably beautiful. It didn’t feel like I was in the Philippines.

Being the most accessible from among the 4 lakes, Lake Tabeo is surrounded by vegetable plantations and some residential houses. Mount Tabayoc, the 5th highest mountain in the Philippines, serves as a backdrop with its pine and mossy forest. 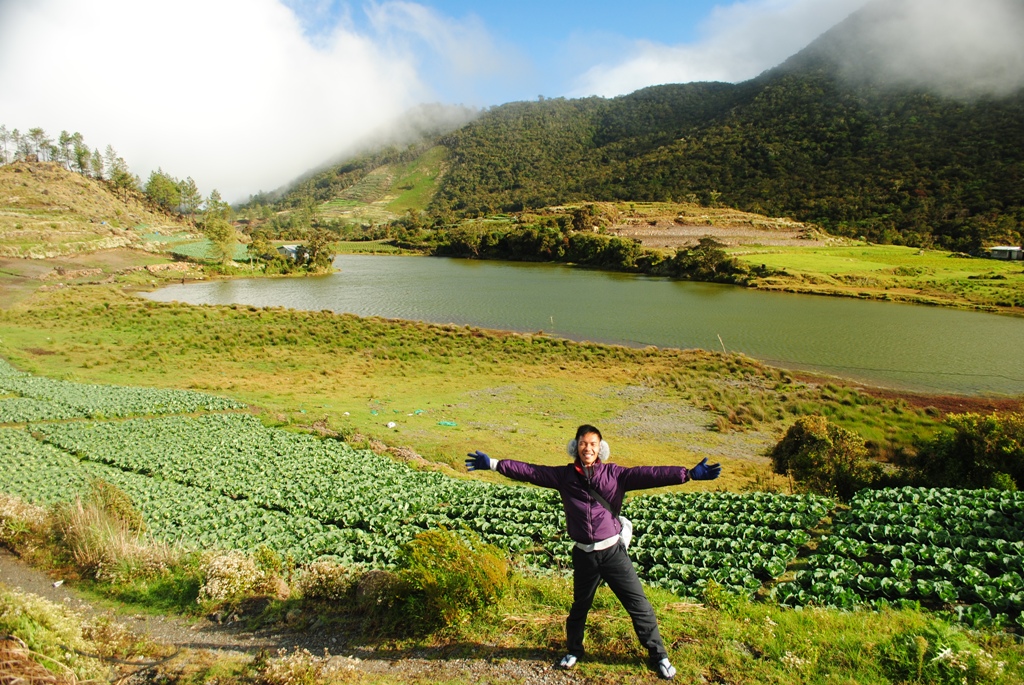 We pitched our tents near the lake before continuing on with our trekking to the 3 other mountain lakes.

Next stop was the breathtakingly beautiful and clean and clear Lake Bulalacao.

From among the lakes, I am most acquainted with this one since during my previous climbs to Mount Pulag, a video shown to climbers at the registration center includes a clip of Lake Bulalacao. This is considered to be the most beautiful among the four and the cleanest. It has been recognized as a “three time winner” under the Cleanest Lake for the Cordillera under the Gawad Pangulo sa Kapaligiran. The lake is most of the time shrouded in very dense mist, and I am very fortunate to have seen its beauty.

***Trivia: The term ‘Bulalakaw’ means ‘shooting star’ in Filipino. According to folkstories, in ancient times, old men would spend their time stargazing on the banks of this lake, hence the name Bulalacao.

Our third stop is to me the most magical/mystical of the 4 lakes – Lake Letepngepos. It was like a scene from the movie Avatar. Going to this lake requires hiking through dense pine and mossy forest, with thick underbrush. The trail is muddy and at times loose thats why you have to have a good grip on tree branches and even their roots.

Lake Letepngepos to me also, is the most photogenic. There is this picture-perfect area for taking photos wherein a tree-bark-slash-root immersed over the water adds up some creepy-mysterious like effect. Just lovely!

Finally, off we went to see the 4th and last lake. We were walking over a marshy area when our guide said we were already at the 4th lake – Lake Incolos. We were all surprised because we didn’t see any body of water. He went on to explain that we were actually standing on top of the lake. (Now, that explains that feeling where my legs seem to be sinking, and my footwear getting wet). It was so cool that it felt like I was walking on water (only that its covered with colourful grasses and some thin layer of land).

We passed by the lake without some monster emerging from it (haha! wild imagination) and continued trekking until we reach a relatively higher ground they call Junior Pulag. It was understandable to call the place as such because it looks like Mount Pulag with its grassy terrain and peak. Finally, we were back at our campsite and this time, Lake Tabeo is much even more a delight to behold. I spent the rest of the day staring at its beauty while sipping a cup of warm coffee and reading some books. 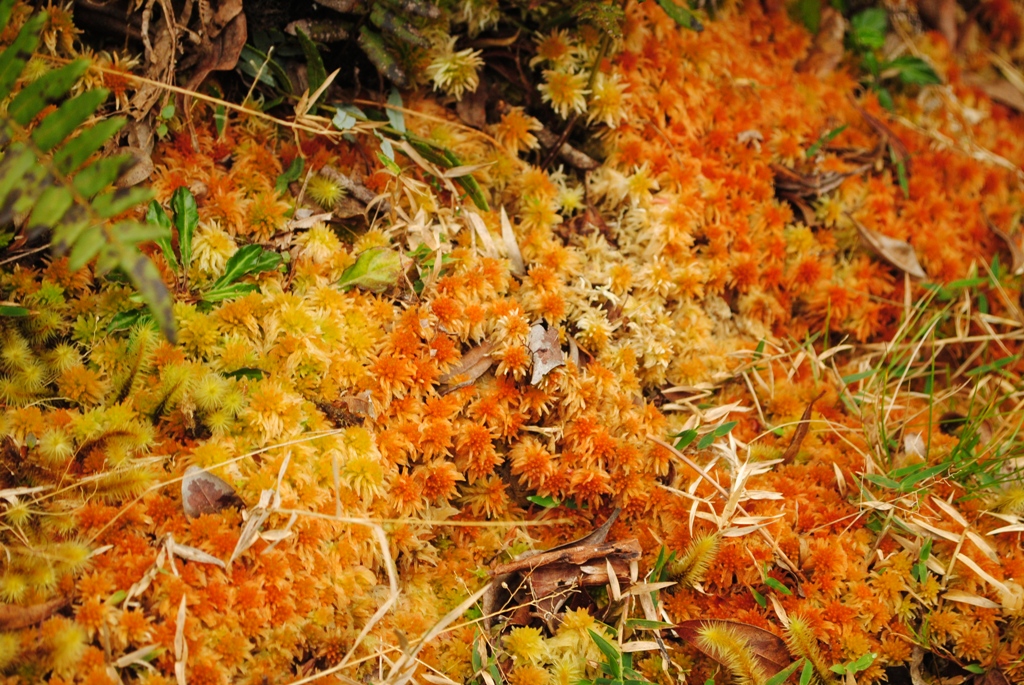 How To Get There:

Go to Dangwa Terminal (located at Baguio city proper) or at the Slaughterhouse bus terminal along Magsaysay Avenue. Dangwa Terminal is more accessible though. Then, take the bus bound to Kabayan and alight the bus when you reach Ballay. Ballay is the last stop of Kabayan buses.

Buses bound to Kabayan leave Baguio City at 10 AM; last trip leaves at 12NN. It is a 5-6 hour trip. From Poblacion, it’s about 30 to 45 minutes’ ride to Barangay Ballay, the jump-off point for various attractions, including the 4 lakes.

The usual route: Ballay visitors’ welcome/reception area, then take a ride to Lake Tabeo, ride to hiking start point to Lake Bulalacao, Lake Letepngepos, and Lake Incolos, then Junior Pulag, then back to Tabeo. (A climb to Mount Tabayoc may also be done).

If you want to go and visit these spectacular lakes, it is best to coordinate with the Tourism Office of the local government unit of Kabayan. Sir Berry Sangao and Ma’am Ghislyn Marave will definitely welcome and entertain all your questions. You may also contact Arlan Bugtong (Park Ranger) – 0946-592-8483 / 0999-389-8711