Dubbed as the home of the Philippines “longest white beach”, the Long Beach in San Vicente, Palawan stretches to approximately 14.7 kilometers of undeveloped coastal wonder, a figure that is thrice the length of Boracay’s White Beach. Although not as white and fine as the sands of Boracay, this Palawan is on it’s way to gaining more tourism spotlight moreso that its airport has been inaugurated last quarter of 2018. Local and foreign tourists who are on the look-out for more places to visit in Palawan, besides the famous El Nido and Coron, will now have another destination to explore.

And so for my birthday this year, I decided to go and see what San Vicente offers. Having been to Coron twice, El Nido once, and Puerto Princesa on two occasions, it was high time to go back to the Philippines’ last frontier and experience a new place. So without much expectations, I packed my bag (a 6.5 kg bag — the lightest I have packed in years), for a 3-day, solo getaway.

Aerial view of a segment of San Vicente’s Long Beach.

HOW to REACH SAN VICENTE, PALAWAN:

Before the building of their own airport, San Vicente is reached through the Puerto Princesa Airport. From there, one will have to take a van or a bus that would usually take around 3-4 hours. But now, San Vicente has its own airport.

***Philippine Airlines (PAL Express). From Clark to San Vicente, they have 1 inbound and outbound flight daily. They have been operational since October 2018. Travel time is around an hour 20 minutes. Soon, 2 other airlines will fly to San Vicente and these are Skyjet Airlines (which will fly from Manila to San Vicente; and a relatively new airline company operating in the Philippines, Royal Air.

The San Vicente Airport is pretty close to the poblacion and the Long Beach. You could just take a tricycle to your hotel or ask your hotel/ resort to pick you up at the airport. Tricycle fare is around P60-70 per person. But if you want to charter the entire trike, you can do so for around P250-300 depending on how far your hotel is from the airport.

WHAT to SEE and DO in SAN VICENTE:

LONG BEACH: Of course the primary attraction is the seemingly endless Long Beach, touted as the longest beach in the Philippines. This 14.7-km beach with the spectacular sunset every afternoon at this side of Palawan is just amazing! However, you have to manage your expectations. The sand quality of the beach itself isn’t really that outstanding (in case you get to compare it with the Boracay’s or Calaguas’). The sand isn’t really white and isn’t that powdery . 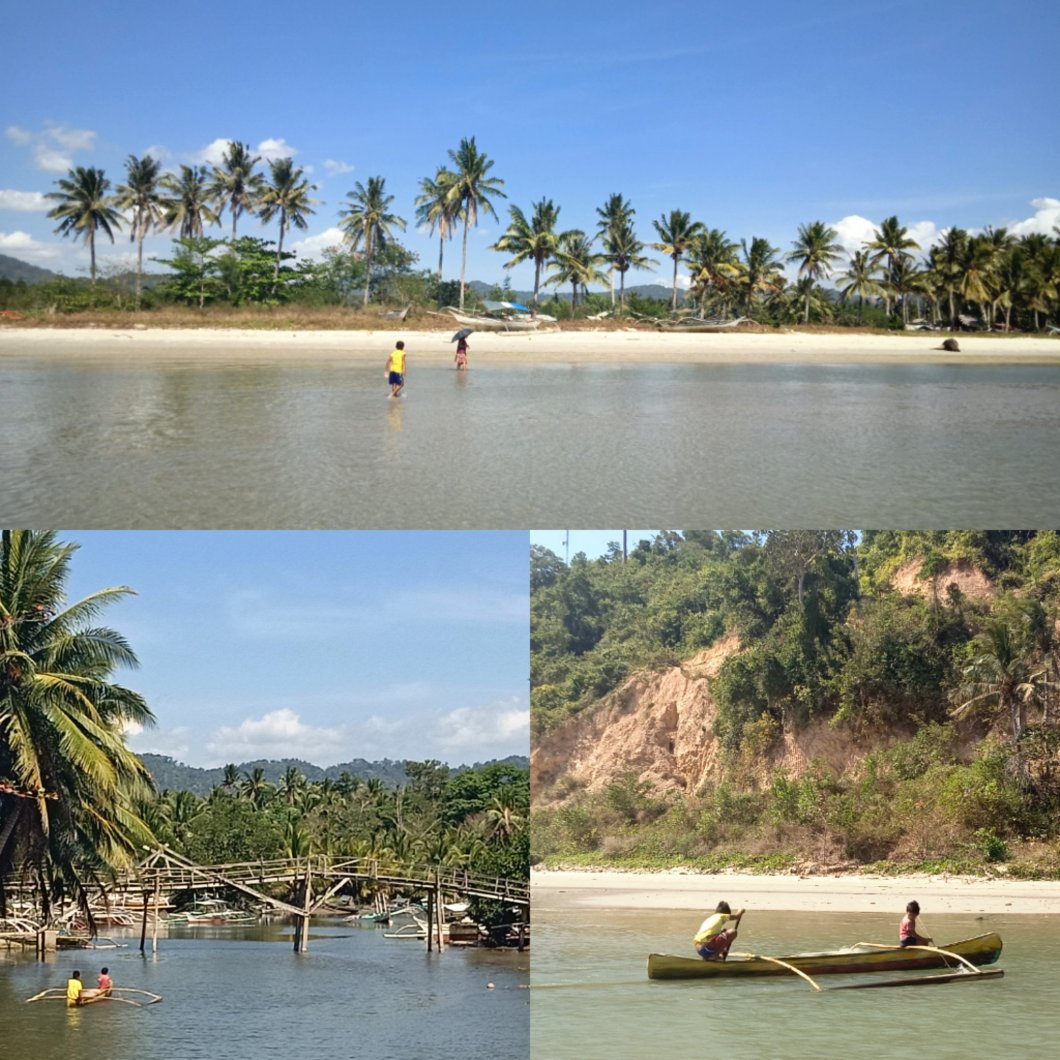 If you want to visit all 6 areas, it is best to ride a motorcycle (locally known as habal-habal). From the center or the Poblacion, the fares will vary. It will of course depend which beach you want to visit. According to the receptionist at the resort I stayed at, they have motorcycle tour – slash – beach-hopping tour wherein the rate range would be from P250 to P350.00 San Vic’s ultimate charmer – it’s sunset!

BATO NI NINGNING and IRAWAN BEACH: Compared to the beach near Poblacion and Alimanguan, Irawan has a better beach quality from the sand to the water. It also feature some giant rocks at one-end of the beach that looks fascinating for photos. Moreover, a small hill that could be easily trekked from the beach, stands at the northern end.

The top of the small hill has been called by locals as “Bato ni Ningning”, one of the filming locations of A Filipino television series entitled “Ningning”. I personally love the view from this area. It offers a lovely scene of the beach, the nearby mountains and a lot of coconut trees. Another sunset in paradise. Just lovely!

To reach Irawan and Bato ni Ningning, you can charter a motorcycle for P300 (at least that is what I paid for). That is already a roundtrip fare and so the habal-habal driver will have to wait for you and take you back to your hotel/ resort. Atop a hill where the now defunct ABS-CBN soap, “Ningning” was filmed.

ISLAND HOPPING: Just like in Coron, El Nido and Balabac, the highlight of a Palawan visit is a tour if the smaller islands. According to the tourism center of San Vicente, the town has 22 islands off its coast. A great number of these island are accessible from the Poblacion where the centralized jump off area for boats are located. If you are travelling solo or in pair, you can join a group tour. If you are a group, you could charter a boat going to these island and may include Port Barton. I joined a group tour that I coursed through the resort I stayed. I paid Php 1,800 (a little higher than the standard). I guess because it was coordinated with the resort.

On the day of my birthday, I went island-hopping. This is one of the islands we went to see. The water is just so clear! This one was taken at Cayoya Island (locals more often call it Exotic Island). Some of the islands included in the island hopping are Inaladelan Island (formerly German Island), Exotic Island & Maxima Island, snorkeling at the Twin Reef and Turtle Sanctuary, Starfish Island, and the public beach of Port Barton (plus a trek to a waterfalls). There are other islands and coves to explore like Capsalay Island, Blue Cove, Daplac Cove, Boayan island, Velasco island and Paradise Island

Where to Stay in San Vicente:

So I opted to stay at Brgy. Alimanguan which is around 30 minutes away from the Poblacion and the airport. Here are 2 accommodations I recommend.

LAZULI RESORT: A relatively new beach resort located at a laid-back fishing village at Long Beach, Brgy. Alimanguan, San Vicente. Lazuli boasts off rooms with lovely wall art, a flat-screen TV with cable channels and a private bathroom. They also have an outdoor pool and an in-house restaurant that serves probably the best tasting thin-crust, brick-oven pizza! And there is more to that! Lazuli is a beachfront property! How lovely! The sunset and sea view are just a stone’s throw away from the resort.

VICTORIA’S BEACH HOUSE: Another option is this very homey beach house that is literally by the sea. Also located at Brgy. Alimanguan, Victoria seems to be a common choice for travellers’ who are in for a longer stay. It has its own bar-resto that serves affordable and sumptuous meals. (Heads up though, if you are up for a place with strong wifi connection, Victoria doesn’t have that. I could barely connect to their wifi). You can contact them at +63999 994 1332 or email them at victoriapalawan@gmail.com 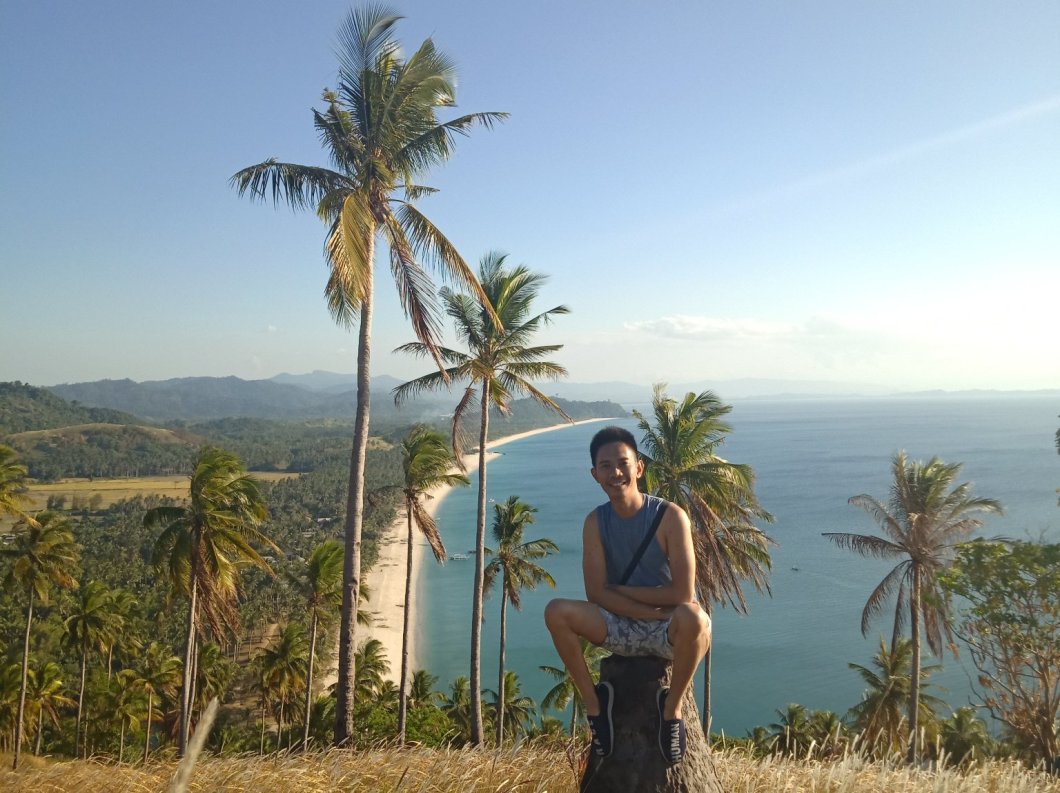 A closer look at Irawan Beach where turtles have a sanctuary!

By the way, please make sure that your hotel/ accommodation is along the Long Beach area if you wish to stay at Long Beach and NOT Port Barton area. Port Barton, a farther barangay of San Vicente, is relatively far by land. 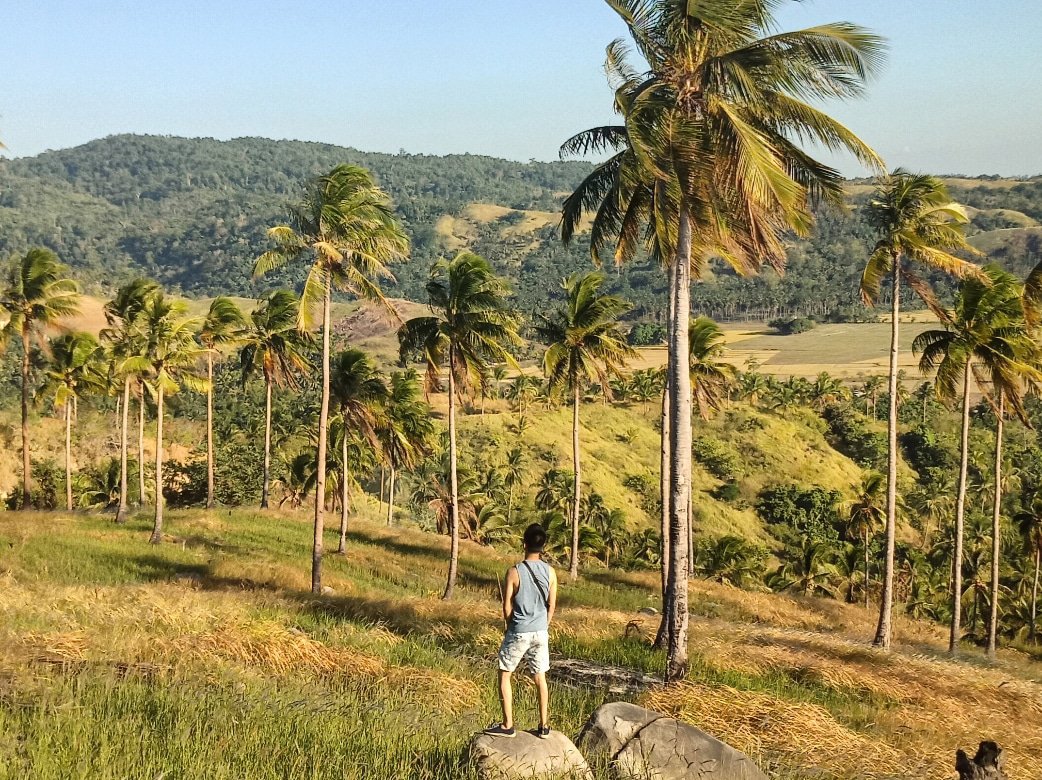 Don’t be a wasted soul, be “juan”derlust. Take it easy.