Many quiet rivers start from noisy waterfalls, but none of them jumps and does not foam up to the sea. But it is often a sign of great peace of mind, and hidden forces… — Mikhail Lermontov

Waterfalls have extraordinary power and beauty of nature… sparkling and splashing, breaking into a thousand rubble of mist. 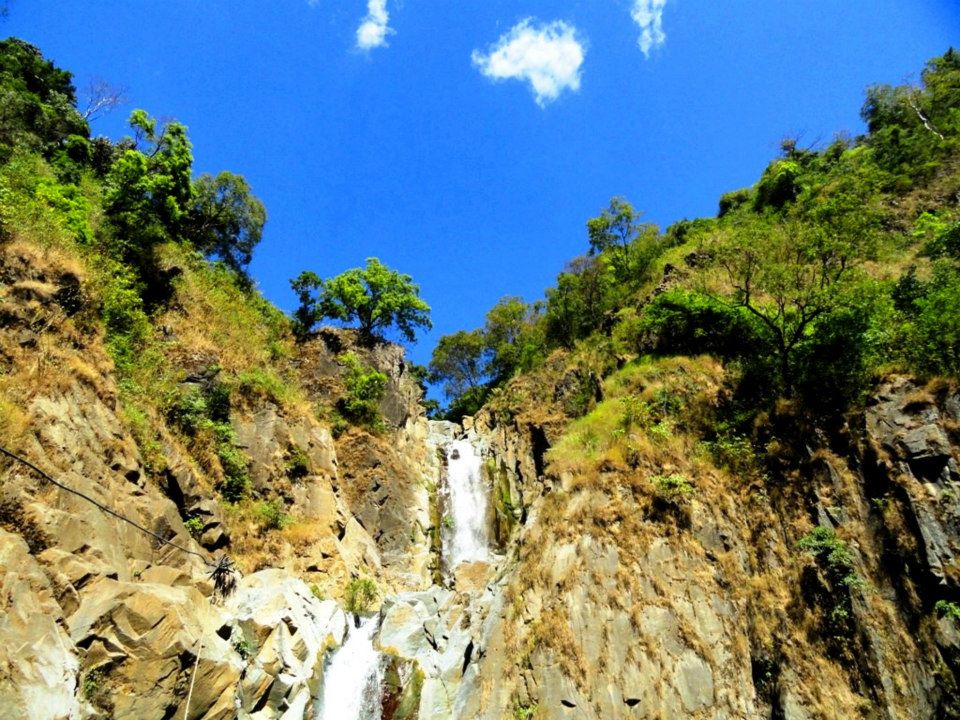 If you are making your way to Baguio City (via Kennon Road), there are several waterfalls you can visit. Two of which are very much accessible from the highway and the others require a little bit of sauntering.

The easiest, and most accessible to reach from among these waterfalls along Kennon Road is the Bridal Veil Falls. Just 2-3 kilometres away from the border of La Union – Benguet, this waterfall is visible from the road and could be easily spotted.

The name is coined from what it looks like a veil of a woman who is going to marry. From a bird’s eye view, it really does resemble like that of a long, flowing veil from a firm rock wall. The water pours down from a towering height before it crashes into a shady catch basin enclosed by boulders. 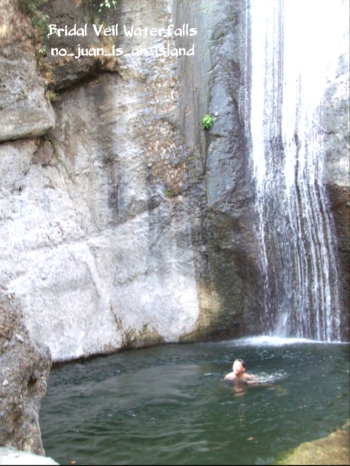 While it is true that one may admire the waterfalls from afar, it is still best to come near it and experience its water. Getting to the base of the waterfalls is pretty a walk in the park. That is, if one is okay with crossing a quite daunting hanging foot bridge that is noticeably seen from the highway. Well, it isn’t really that difficult to cross the bridge (even if it screeches and swings a bit).

Generally, the waterfall was imposing. It was a tad difficult to take a photo of its entirety due to its stature. I got to 1st visit this waterfall in 2009, and the water falling wasn’t that full and strong. Yet, it was still a sight to see. I wonder how mighty and stunning it would be during the rainy season.

From Bridal Veil, a good 5-10 minute ride and you’ll reach the jump-off of Colorado Falls. This waterfall has been a well-known attraction from among La Union and Benguet locals over the years for its refreshing cascades and natural pools (most specially during the summer months). According to locals, the falls’ catch basin is deep (some say it is only around 10 feet, others say it is as deep as 60 feet). Its popularity dwindled when an increasing number of drowning incidents happened in the area.

The waterfall is just a short walk (5-minute walk) from the roadside. During my recent visit (February 2019), I have learned that it has been closed to the public for several months now. The closure is due to a recent drowning, and the place was hardly damaged by a typhoon last year wherein the cottages, and shower areas were destroyed. Hopefully, the local government will have financial aid to rebuild these so they could open up this natural wonder again to the public.

Aran Cave is an emerging site in Tuba, Benguet. Since it is a cave, adventure junkie come here to explore the caverns and crevices of this natural attraction. It is said that there are 5 levels (corresponding to 5 waterfalls) inside the cave. So far, visitors are only allowed to visit up to the 3rd level (unless you are an expert spelunker).

I have been to this cave twice (in 2009 and this year, 2019), and I could say that one, unique feature of are the waterfalls inside. They aren’t as tall as the other falls along Kennon Road but they are more exciting to me since you get to rappel alongside them inorder to reach the next portion of the cave. Also, the waterfalls have crystal clear, freezingly cold, natural pools one could swim around. (More of Aran Cave HERE).

While all the waterfalls I have visited along Kennon Road has their own charm, I find the Hydro Falls the most picturesque. It is also the nearest waterfall from Baguio City but the one that requires more walking (unlike Bridal Veil and Colorado). Going to the waterfalls will take around an hour to an hour and a half. From the jump off, one will get to pass by a hanging bridge that leads to a residential area at the other side of the Bued river. 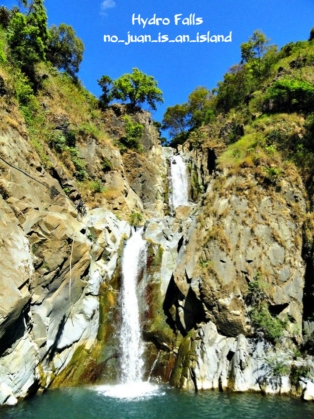 From there, a narrow path leads you to a small basketball court and eventually towards a grassy trail along the river. The most exciting part of the trek going to the falls is passing through boulders and some river crossing. The time I went here, I actually brought with me my chow, Kabbage, who didnt want to get wet so I had to carry her while sauntering through the rocks. After passing by some natural pool along the river, one will arrive at the main catchbasin of the 3-tiered waterfall.

We had a great time swimming and taking lots of photos during this getaway. We would have wanted to scale the 2nd tier of the waterfall but it seems that there were no established trails.

How to reach these waterfalls:
From Baguio City, one can ride a jeep bound for Camp 6 along Kennon Road. The jeepney terminal is located at Carantes Street corner T. Claudio Street (at the Back of Jollibee Harrison Road). Inform the driver that you want to go to the Hydro Falls (Hydro 2 area, which is located somewhere in between the Lion’s head and the Camp 6 Elementary School.

For Bridal Veil Falls, Colorado Falls, Aran Cave’s falls, one could ride the jeepney going to Camp 2/3 located at Lakandula St. near Shoppers Lane (at the back of a Jollibee store). Just tell the driver which of these waterfalls you are visiting and you will be dropped by the jump off.

These waterfalls are great weekend getaways from Baguio City. They are all free of entrance fees (except Aran since you have to pay for the cave guides). Please note though that private vehicles are not allowed to pass by Kennon Road as of the moment due to on-going road and bridge constructions (so best option is to take the public jeepneys).

There is another waterfall that I wish to see (Ataki Falls) and hopefully would include in this write-up soon. I’ll keep you posted once I get to explore it. Take it easy and don’t be wasted souls, be “juan”derlust.