“Why do we love the sea? It is because it has some potent power to make us think things we like to think.” – Robert Henri 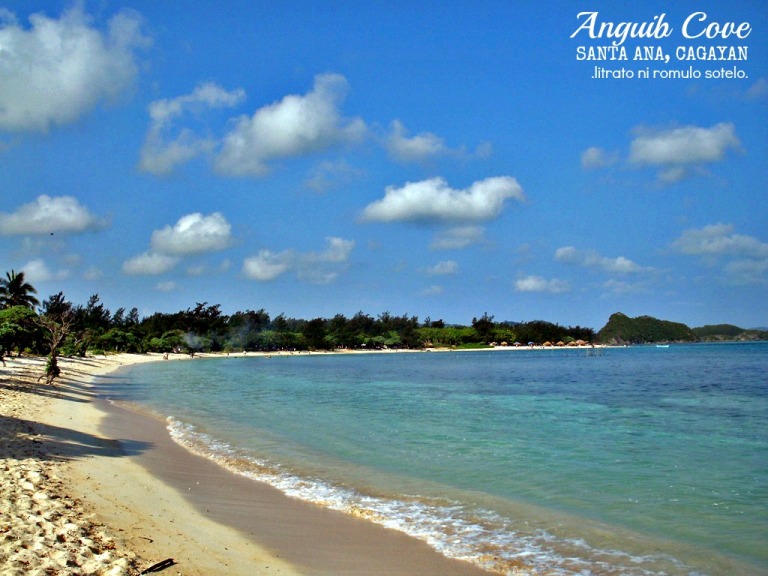 Who does not love the sea? To most people I know, the beach is a place of healing and happiness. The salt in the air and the water somewhat cleanses our soul and the sun cuddles us in its warmth. So if you have been reading my posts, by now you are pretty much acquainted that The Philippines is indeed a haven of some of the best beaches in the world. This is my 111th post here in WordPress and its again a write-up about a beach you might want to explore sometime soon. 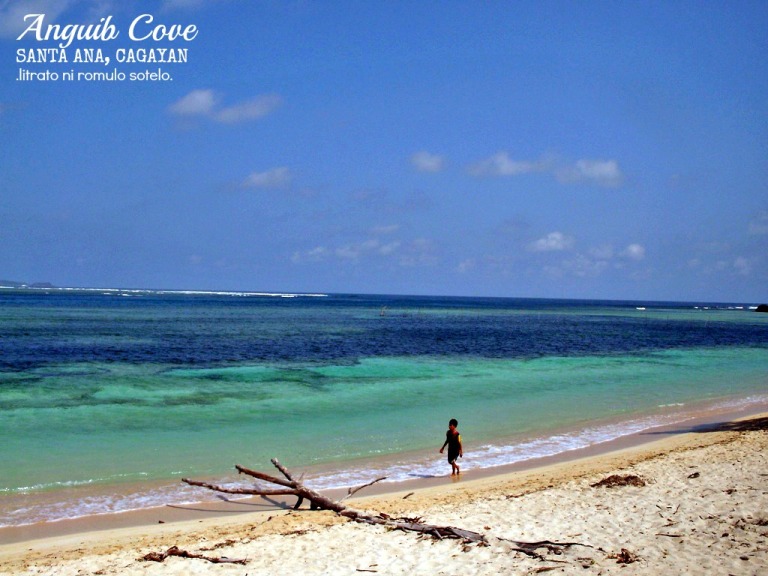 Santa Ana, the northernmost town of the Province of Cagayan in the Philippines, is known as the Game Fishing Hub of the Philippines since it is bounded by teeming and vast marine life. I just featured a must-see place (Palaui Island) in this town a few days ago. Now, here is another one that is worth visiting too. The place is called Anguib Cove. (Check out Palaui Island write-up here at https://roamulofied.wordpress.com/2015/07/07/palaui/0.

I was fortunate to have visited this beach on two occasions: first in 201, and then again during the following year. Anguib Cove, a pretty much secluded beach, has become the pride of the town. It features startlingly blue, clear waters that touch the fine, white sand alongside its shores.  Being in a cove, the waters are calm and display stillness as the waves are mild, making the place safe for swimming. 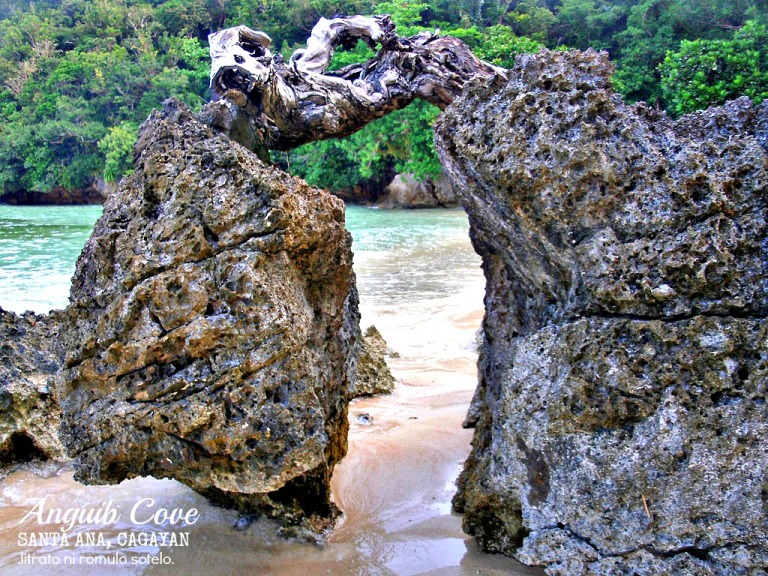 The presence of agoho and coconut trees around the beach and some rock formations at one end of the cove, add up charm to its enthralling landscape.

During the time I have been to the beach, it was still underdeveloped as there are very few structures there (which I personally like).  Only a few cottages abound the area. We chose to pitch tents near the shore and it was more than perfect. There is no electricity at this far end of Sta. Ana so those who plan to come here must bring the basics whenever they can.

How to Reach Palaui Island:

The fastest way to reach Anguib Cove from Manila is to take a commercial flight to Tuguegarao City (capital of Cagayan Province). Another way (long way) is for you to endure a 14-16 hours bus ride to Tuguegarao City, Cagayan. Recommended Bus Companies are Victory Liner, Dalin Bus and Florida Bus Liner. (Terminal of these bus lines can be found in Sampaloc and Cubao). From there, take a three-hour van or bus ride to the fishing town of Santa Ana. From the town of Santa Ana, you need to ride a tricyle (P15 per passenger) to reach the port of San Vicente. Hire an outrigger boat that will take you to the cove OR you may rent a tricycle or van to get you to the far-end of Santa Ana, by land, where the cove can also be reached.