Mahatao – a town in Batanes that is rich in cultural heritage sites and practices. It’s the smallest town in Batan in terms of land area but has the second largest population next to Basco. It is is divided into four barangays: Hanib, Kaumbakan, Panatayan, and Uvoy. It’s nearness to the capital makes it a favorite destination among travelers going to Batanes. This is uaually a part of the South Batan Island Tour.

The Chawa View Deck a.k.a. Mahatao View Deck. This is usually the first stop for the Southern Batan Tour. From the view deck, one gets a spectacular view of Batan Island facing the South China Sea. This is also a perfect spot to enjoy Batanes sunset facing the South China Sea where one may go more than a hundred steps down the adjacent cliff to fish, take more pictures, or simply test endurance. While going down is as easy as walking through parks, climbing back up is quite a workout. 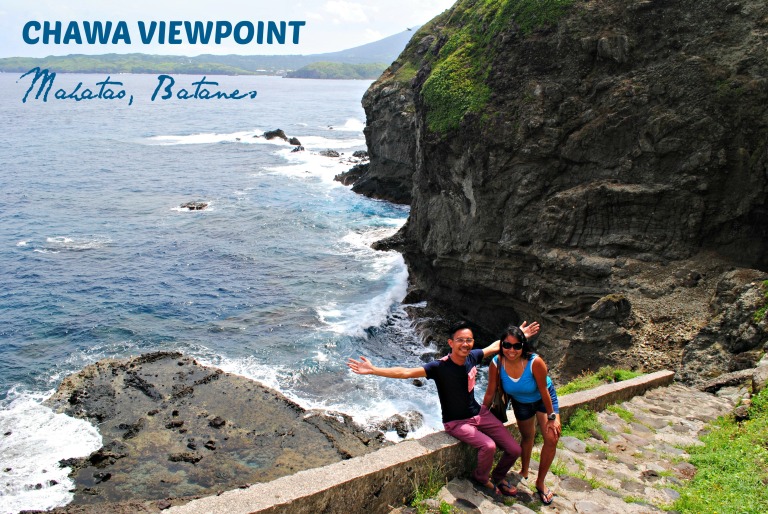 Homoron or Spaniard’s Blue Lagoon. It is called as such because during the Spanish Colonial times, only the Spaniards were allowed to swim in the area. Nowadays, it is open to all guests for swimming and picnics. The waterscape features a flat coral bed and crystal clear waters that is so inviting to go for a swim.

Di-Atay Beach is a striking cove with multihued rocks and white (coralline) sand ideal for picnics and beach-bumming. It is just located along the highway of Mahatao, so it wouldn’t be too hard to miss it. The area is bounded by some giant rock formations and greeneries that include coconut trees. 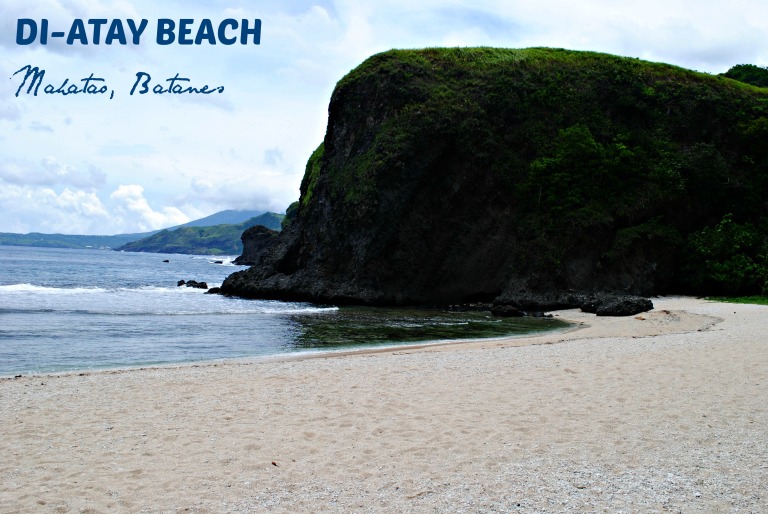 The Mahatao Boat Shelter (or just Port Shelter). This is becoming an iconic landmark in Batanes. This is where inter-island boats, and vessels dock during stormy weather. Since fishing is one of the main industries in Batanes, (and since Batanes is frequented by strong typhoons), it paved way for the construction of this boat port as a means of supporting the industry and the provision of local employment. 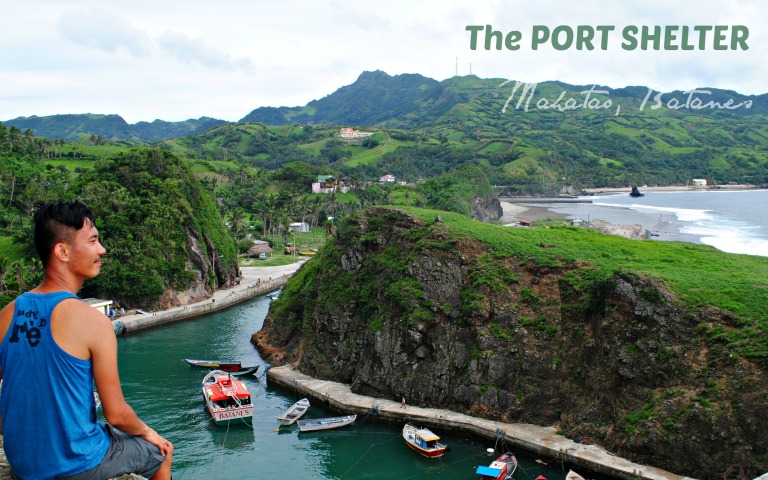 San Carlos Borromeo or Mahatao Church. A churched built way back in 1787, was named in honor of its patron, St. Charles Borromeo.  It is being run by the Dominican Order just like the other churches of Batanes. It has been rebuilt many times over the centuries. It had either been destroyed by natural calamities or it has been gradually improved through time by changes through use of better materials.

Just outside the church is the original Spanish Lighthouse. Often unnoticed, this piece of the past is made up of two vertical structures about 30 meters apart and has a rectangular opening on the upper portion of the structures.

A unique library beside the church called Blank Book Archive, or in the local dialect ‘Maywang A Libru Du Vatan’, houses books with blank pages. Visitors randomly choose a book and can fill in the pages with their messages or even their own stories. (I actually did, and I find it really interesting). 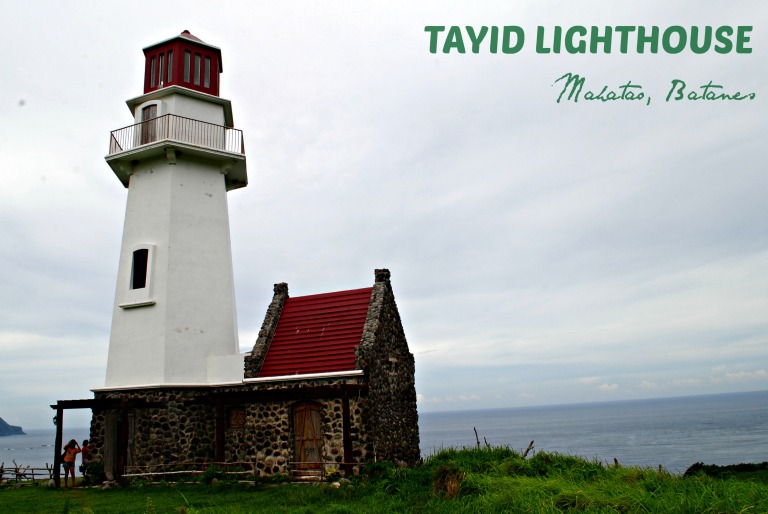 Tayid Lighthouse a.k.a. Mahatao Lighthouse. This modern structure was built only in 2000 and completed in 2004. This used to be a functional lighthouse but is now regarded as a tourist attraction. It is rightly located on a hill at the east side of the Batan Island, from which cows graze on the hills. Once there, a stunning view of immense jagged mountains cliffs, hedgerows and a panorama of the Pacific Ocean can be seen. 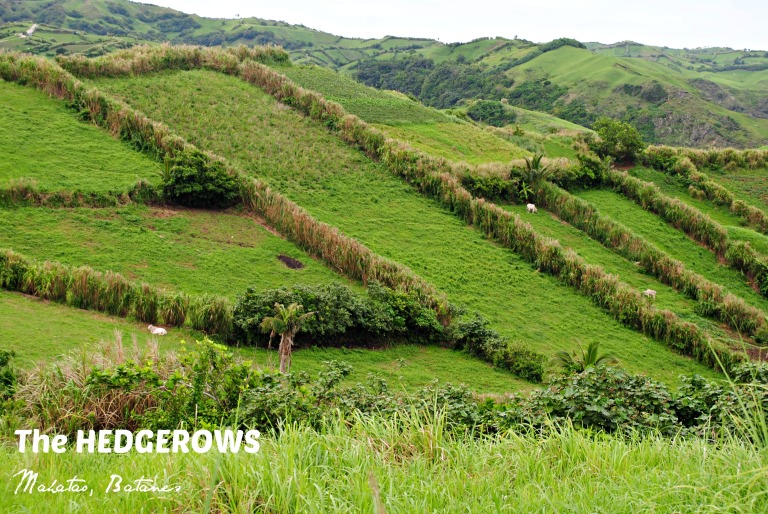 Liveng/Hedgerows – This quaint quilt-like/ labyrinth-like patterns across farms divide farm lots, protects crops from wind and animals, control soil erosion, host migrant bird, and provide wood and reeds for domestic use. They constitute the sustainable agricultural systems of Batanes. The reeds are also used as ceiling materials for the traditional houses with cogon roofs. These hedgerows add up to the already picture-perfect landscape of Batanes. 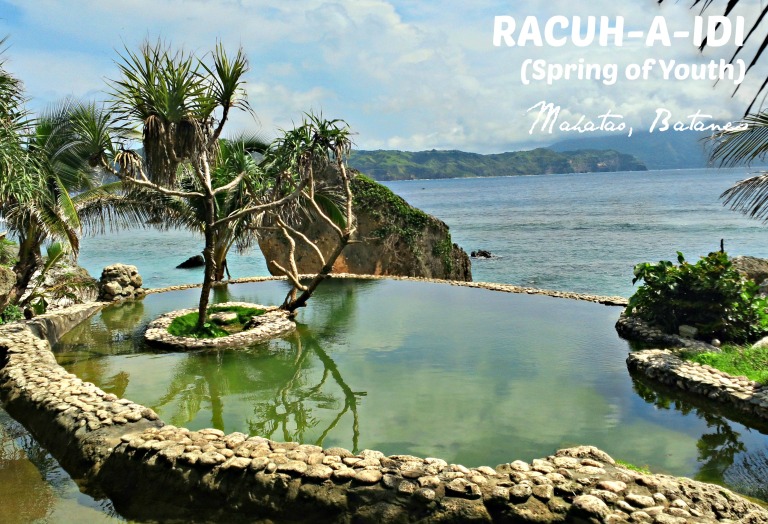 Racuh-a-idi Spring of Youth. This is a man-made poolside with a view of the Pacific Ocean and Mount Iraya. It is perfect for picnics and is a source of spring water. A dip in the pool or by the beach near it, will surely make you feel relax. One may also offer prayers in the grotto of Our Lady of Lourdes beside the spring.

Diura Fishing Village and Mananoy Bay. This is a sitio  in the eastern part  of Mahatao where an association of fishermen called “Mataw” practice traditional fishing for “arayu” (dorado). They have a ritual called “kapayvanuvanua” signifying the start of the fishing season which falls in March. The village offers a great view of the Pacific Ocean and Mount Iraya.

And for my favorite spot?

Racuh-A-Payaman or more commonly known as The Marlboro Country of Batanes. This is a communal pasture land which offers a breathtaking panoramic view of Batan Island where the number of cattle outnumber that of the residents. This is just paradisiacal!

For accommodation in Batanes, check out the following related sites:

Don’t be a wasted soul, be a wanderlust. Take it easy ebriwan.