I love you when you bow in your mosque, kneel in your temple, pray in your church. For you and I are sons of one religion, and it is the spirit. — Khalil Gibran

Notwithstanding the widespread beliefs of people and their impression of Cotabato City and Maguindanao (not to mention the happenings like Maguindanao Massacres that took place in the towns of Ampatuan and recently in Mamasapano), I have always wanted to go and experience this part of Mindanao. Eversince I once read an article about this grand mosque built for our Muslim brothers and sisters, I have included it already on my bucketlist. And just last weekend, I was able to put this dream destination into fruition. 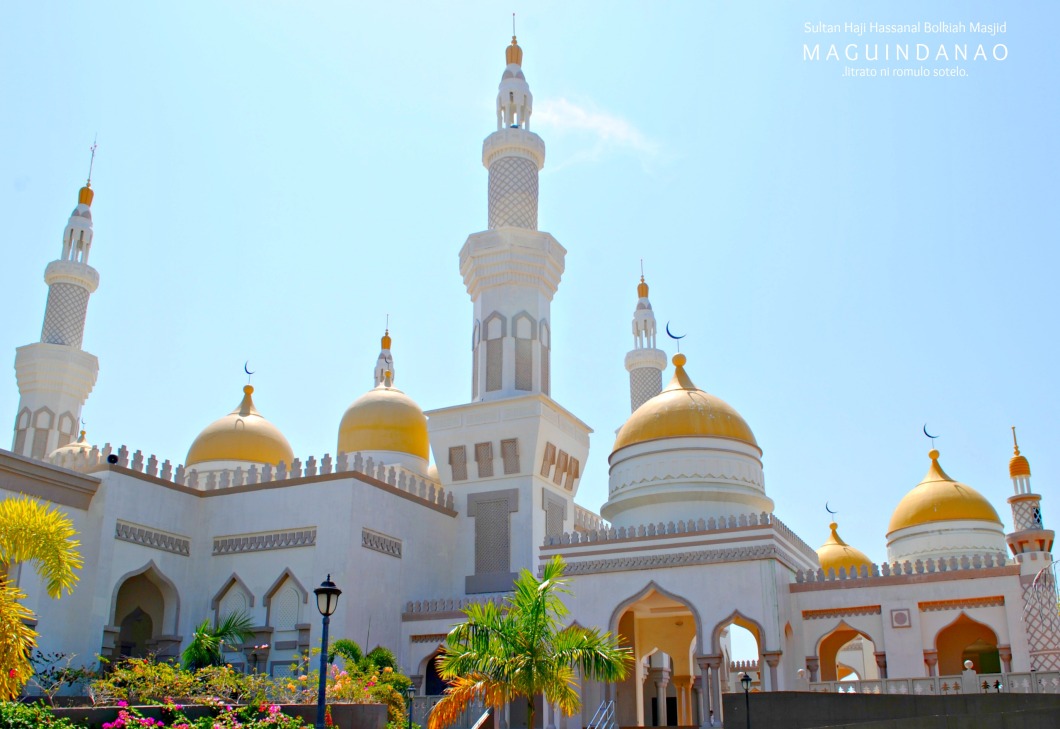 The Sultan Hassanal Bolkiah Masjid or simply known as the Grand Mosque, occupies 5,000-square-metre area within a five-hectare prime property in Timaco Hills in Barangay Kalangalan, donated by the Dilangalen family, and is about 9 kilometers away from the city proper. It is huddled beside Tamontaka River and the Moro Gulf. It is so vast that it is seen from the east by those arriving by sea from the Moro Gulf and from the south by those who are landing at the Awang Airport, eight kilometres away. 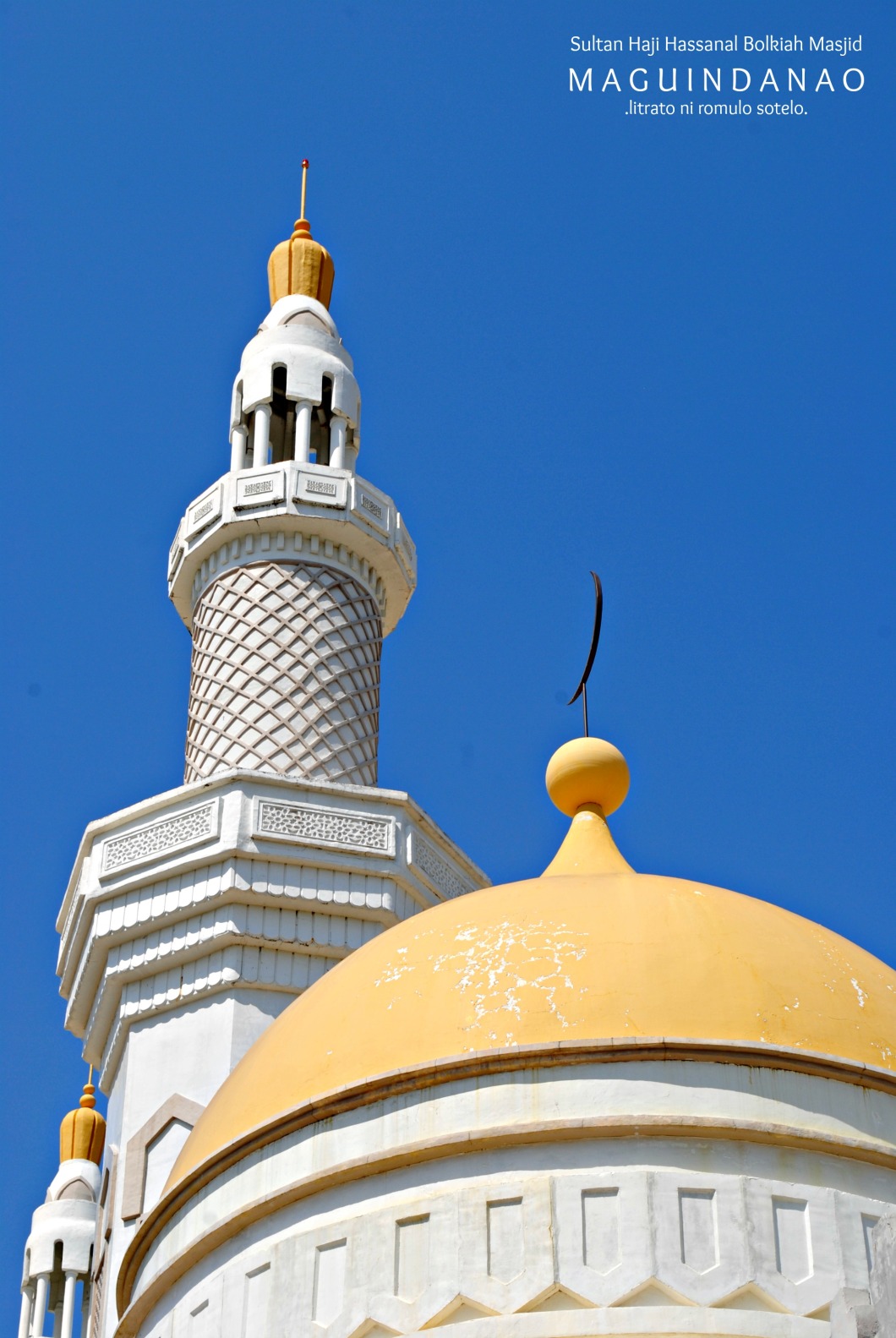 FYI: The golden masjid is partly funded by the Sultanate of Negara Brunei Darussalam as part of a bilateral agreement with the Philippines. It was designed by world-renowned Palafox and Associates, the mosque incorporated domes and minarets of the Arab-Islamic influence. To date, it is considered the grandest and largest mosque in the Philippines. It can occupy as much as 1,200 worshipers. The Masjid is reported to have a cost of US$48 million. The initiation of this project is in line with the quest of Peace and Development in Mindanao. 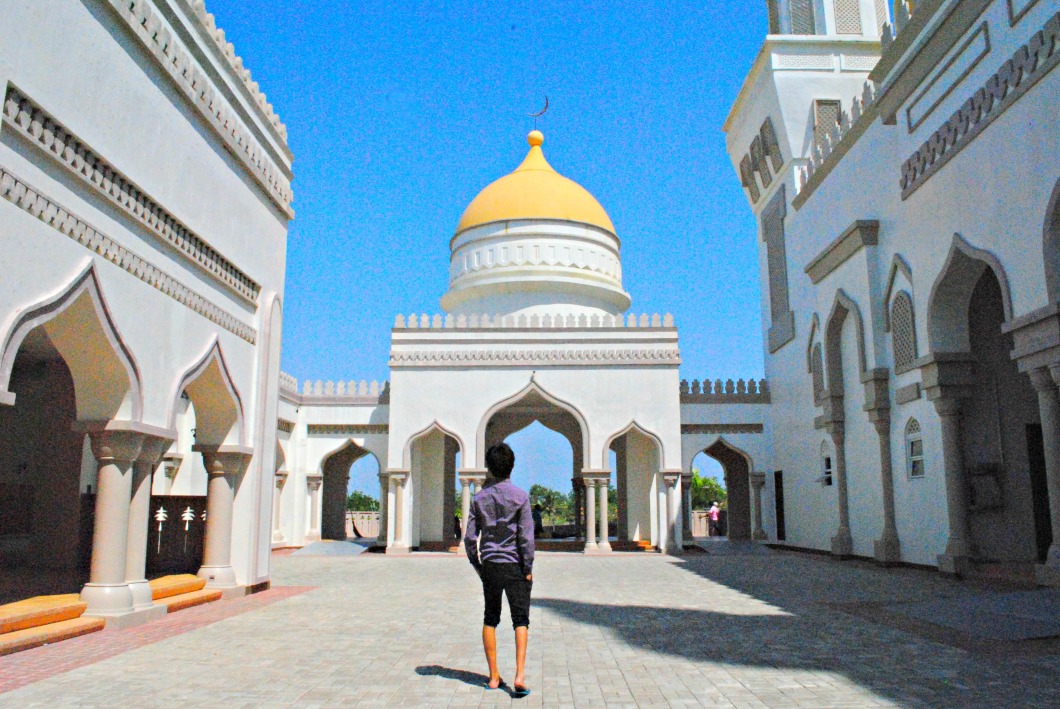 As our multi-cab approaches the Masjid, my eyes started to enlarge and beam with joy and admiration. It really is grand and colossal and impressive! It has dawned in me that I am at long last in the city that often gets a wrong impression. The Masjid is truly distinctive. It has 14 majestic golden domes and four minarets towering at 40 metres high. Every perspective of this Masjid is so appealing. What an extraordinary Islam architectural masterpiece!!!

How To Reach the Grand Mosque: From Cotabato City, hire a habal-habal or a multi-cab (in our case, we did hire a multi-cab). Habal- habal may cost around 150Php (roundtrip),  while a multi-cab/ jeepney costs around 300Php. 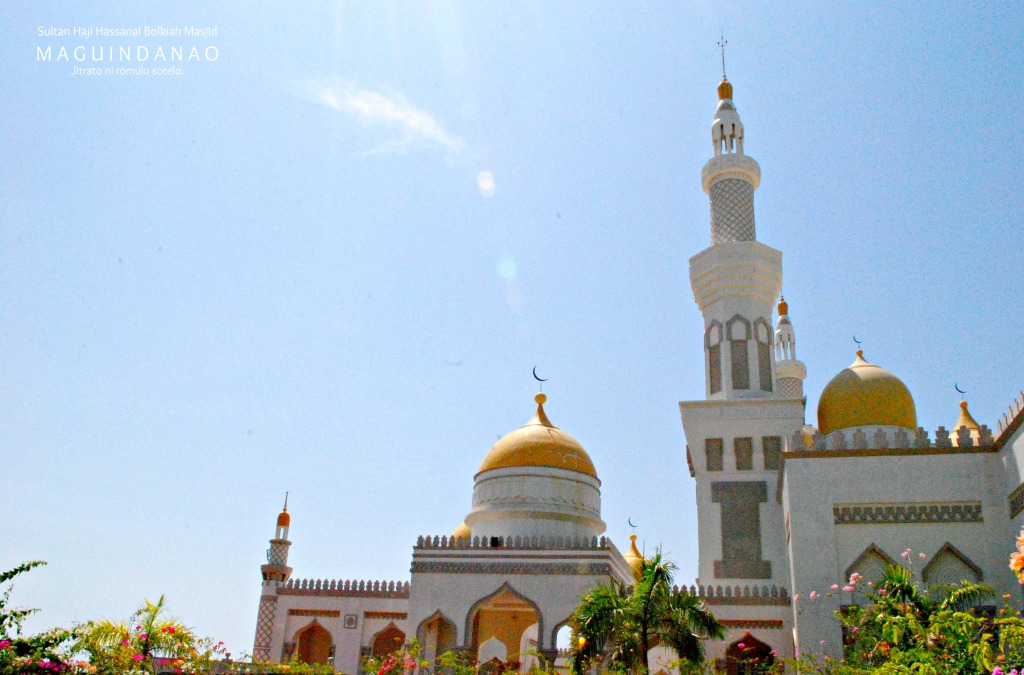 ***Please do wear decent /formal clothes. Shorts and short skirts are a no-no. It is best to visit during sunrise and sunsets. Finally, be very vigilant.

SUKRAN to all our Muslim brothers and sisters.